Here’s what needs to change (and quickly) to accomodate our extra pixel friends.

Designing icons, buttons, and other graphical elements in Photoshop is a thing of the past. Everything is going to vector, icon fonts, SVG, and the like.

Sure, you an use sprites and media queries, but what happens when the displays get even more pixel-dense? Sprites are an unsustainable band-aid fix.

Graphics should be resolution agnostic, meaning we need to use vector graphics when possible so they can scale as needed.

The resolution and pixel-ratio media queries used to display different images for Retina screens are kind of a mess right now. They work for Retina displays, but min--moz-device-pixel-ratio? Give me a break.

It’s a fairly big undertaking to make a WordPress theme automatically Retina compatible, but it’s coming. Allowing a user to upload an image, and automatically making that image double in size for Retina screens (only) is no easy task. Icons and bullet images are no biggie, but it will be interesting to see if theme companies build in Retina support, or if they leave that to the user.

The biggest problem with serving up larger images for Retina devices is bandwidth. Display technology is growing much faster than high speed internet technology, and mobile device internet can still be really slow (3G or *gasp!* EDGE).

I have an iPhone 4S, which has a Retina screen, but at 3G speeds I don’t want to be downloading 1MB images (not to mention those images will be eating up my data plan). Bandwidth media queries would solve this problem, unfortunately they don’t exist (yet).

How to Make Your Site Retina Ready

Since Retina displays need twice the amount of pixels, you are basically doubling the size of each graphical element and image on your site. There are several ways to do this, Smashing Magazine did a great article on various techniques for designing for Retina here.

A List Apart also has a great article by Dave Rupert, definitely worth a read. 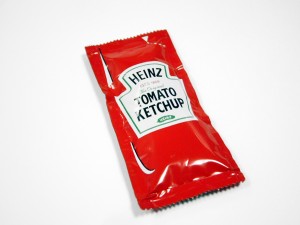 As with any new technology, there’s going to be catch up time. We are in an awkward transitional phase right now, where most apps and websites are not compatible with Retina. Give it another year, and almost everything will be. Is your website ready?